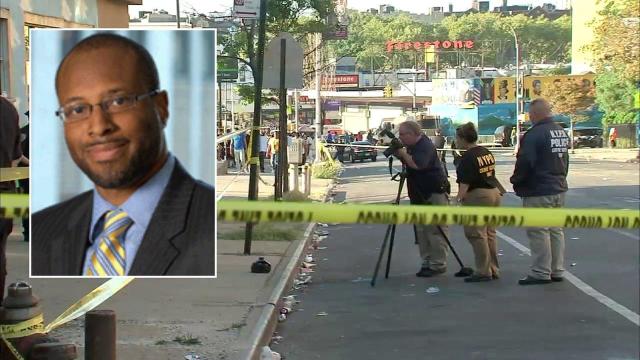 NEW YORK (Reuters) – A day after one of his top aides was critically wounded by a stray bullet, Governor Andrew Cuomo on Tuesday called for a national gun control policy, saying that New York’s tough firearms laws are ineffective if they stand alone.

Police sought suspects in the shooting of Carey Gabay, 43, believed to be an unintended target who was struck in the head at an outdoor celebration on Monday before the West Indian Day parade in Brooklyn, a spokeswoman for the New York Police Department said.

I’ll give Governor Cuomo credit, he is nothing if not consistent in his belief that more laws will solve his problems. Now that someone close to him has been wounded in spite of New York’s already draconian gun-laws which were made stricter still in the wake of the 2012 murders at Sandy Hook, he has simply doubled down. He insists there must be a national change. He is rolling out the age old argument that guns are coming in from outside his jurisdiction and that his plans can only work if every other state in the Union conforms to his brand of gun-control.

I will submit, Cuomo is partially right. If every state in the Union had the same policies as New York, you’d have far fewer legally owned guns in the country. But I suspect the illegal guns would still be out there. Europe as a whole is awash in gun laws not unlike New York. And yet, we have been seeing steady reports of attacks with guns there. And not just random shots from a pistol between gang members. No. In Europe, they step right up to full-auto AK-47s that can be purchased illegally there about as easily as you or I might legally buy a pack of bubblegum in the US. But, regular citizens. The law-abiding type, are not generally afforded the right of self-defense in Europe. Instead, they are expected to be good little subjects/victims of both their governments and criminals alike. That is the lifestyle Governor Cuomo would prefer the entire country lead. Of course, he’s got his own security detail carrying guns for him. The rest of us should be so lucky.